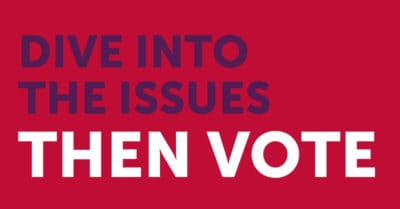 HOW ARE WE RECRUITING AND TRAINING POLICE OFFICERS AND HAVE THERE BEEN CHANGES?

Police recruitment and training have changed significantly in the past ten years, as the Minneapolis Police Department (MPD), responding to public pressure, has sought to increase the diversity of its recruits and improve police training. Improved training has also been required to comply with new state standards of the Minnesota Board of Peace Officer Standards and Training (POST) Board and/or required by the State Legislature.

Police recruitment is a top issue in Minneapolis because the MPD is still dramatically short of officers due to the loss of over 300 officers since 2020 (see question on police staffing LINK TO 1.3). The MPD has three programs to recruit candidates:

Recruitment is the MPD’s opportunity to diversify its officers and comply with the city’s goals for diversity and racial equity. The cadet and CSO recruitment programs allow for those from communities without the ability to pay for the expensive education required under POST standards to pursue a law enforcement career.

Adding women to the police force was a priority for Former Police Chief Janee Harteau as well as addressing sexism within the department.

Training and continuing education requirements have been added in new areas, including:

In 2019, the city of Minneapolis and in 2020 the state of Minnesota banned warrior-style police training for police officers, which has been criticized for encouraging police to be in a paranoid frame of mind while on duty, resulting in the use of excessive force. The state legislation also banned the use of chokeholds by police in all but the most extreme situations.

In June 2020, a temporary restraining order, requested by the Minnesota Department of Human Rights (MDHR), ordered the MPD to:

In April 2022, the MDHR issued the report of its investigation of the MPD, which was begun after George Floyd’s murder in 2020. The report found that the MPD continues to engage in race-based policing and identified numerous problems in the training and supervision of police. MPD leadership has acknowledged these and is taking steps to address them.

The MPD is striving to improve physical and mental wellness for its officers. Interim Chief Amelia Huffman cited training on duty to intervene and de-escalation.  See question on police changes (link to 1.6)

The POST Board is in the process of revising its rules in ways that would impact both police recruitment and training. The proposed rule changes:

In 2021, the POST Board adopted a suggested, but not mandated, model policy for police departments on public assembly/first amendment protest conduct.

Pierre-Antoine Louis, ‘Women in Blue,’ and Redefining What It Means to Protect and Serve,” New York Times, Feb. 2, 2021. Article about Women in Blue Documentary