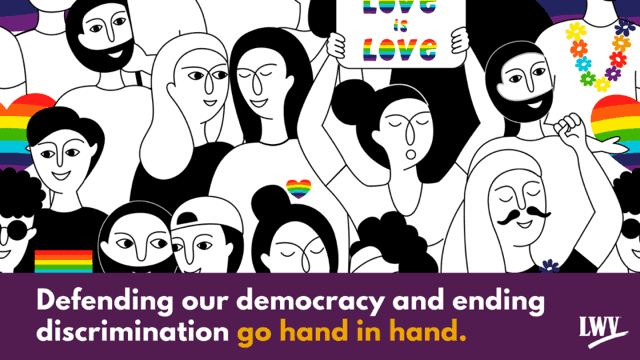 During the past year, LGBTQ+ community members have also had an obvious presence at local Black Lives Matter and anti-police brutality protests, including the 2020 uprisings after the police murder of George Floyd. League of Women Voters Minneapolis is proud to be part of a city that has been deeply supportive of the LGBTQ+ community, and acknowledges the community’s commitment to grassroots action on behalf of all Minneapolis residents’ civil rights.

Join us! Ward 3 Candidate Forum on May 10

In response to the fatal police shooting of Daunte Wright