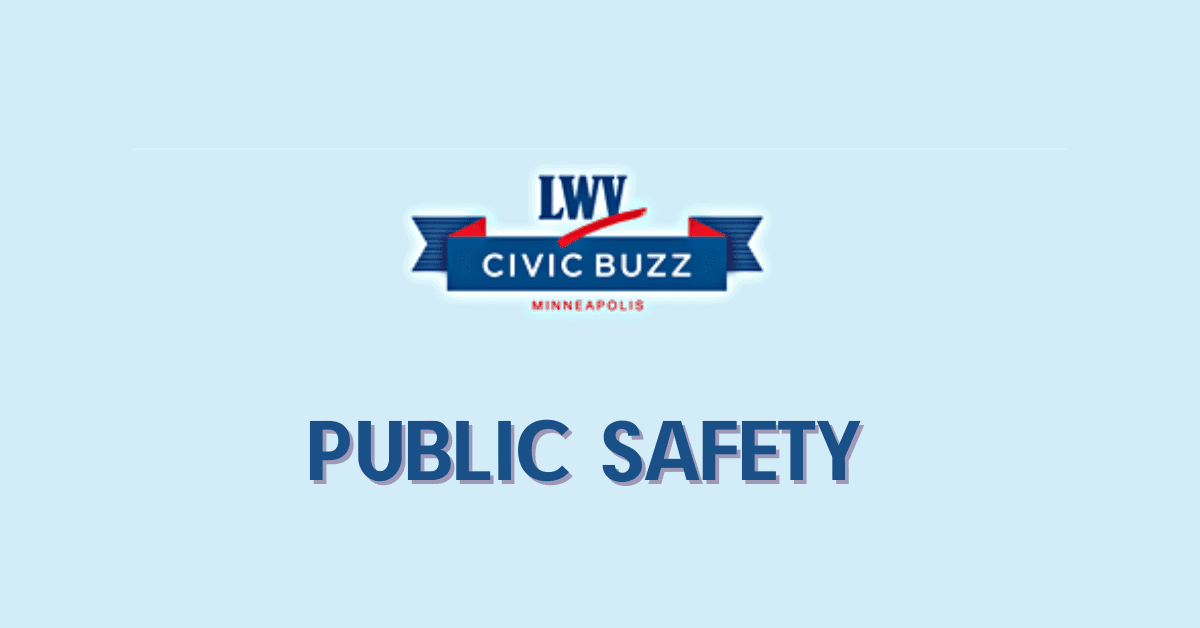 If you missed this event and still want to see it click here to watch the event.

This fall has seen a high-profile struggle between the City Council, Mayor, residents and nonprofit groups over the future of public safety in Minneapolis. LWVMpls just completed a year-long study of public safety in Minneapolis titled Reimagining Public Safety. As an educational service to the public, Jane Lansing and Jennifer Wilson, co-chairs of the LWVMpls Reimagining Public Safety Committee, will discuss the committee’s findings. They will highlight the extensive research and resources the study brought to bear on this complicated subject, as well as examine the proposed amendment, which was placed on the ballot by a citizen petition.

Lansing and Wilson will compare the proposed amendment and its possible effects on the City’s public safety efforts to LWVMpls positions on public safety, identifying where the effects of the proposed amendment are consistent with LWVMpls positions and where they are not, and why. It should be noted that LWVMpls does not have a position on the Public Safety amendment and the Civic Buzz presentation will not include a recommendation on voting for or against the amendment.

Jennifer Wilson is an attorney and a longtime resident of Minneapolis and led the League’s study on the topic.

Jane Lansing has lived in Minneapolis for 35 years – with a 4-year hiatus when she lived overseas as part of her long career in technology and marketing. She serves on the University of Minnesota’s College of Science and Engineering Dean’s Advisory Board.