Black Lives Matter is a movement and commitment to disrupt police violence impacting black people and their communities. The expression represents a conviction by individuals and multitudes of organizations to seek racial equity and criminal justice reform.

“Black Lives Matter is an ideological and political intervention in a world where Black lives are systematically and intentionally targeted for demise.”  Blacklivesmatter.com. Three activists used the hashtag #BlackLivesMatter in 2013, after the acquittal of George Zimmerman for the murder of black teen Trayvon Martin, and it spread quickly through social media.

Kandace Montgomery helped start Black Lives Matter Minneapolis in the fall of 2014. BLM Minneapolis organized many events, including an 18-day camp outside the precinct of the officers who killed Jamar Clark. Thousands of Black Lives Matter signs appear across Minneapolis and the entire metro area, indicative now of the movement more than the local organization. Montgomery and other organizers of the Minneapolis chapter now pursue the movement’s work and other efforts through Black Visions Collective and Reclaim the Block. A page for the BLM Minneapolis organization with activity from 2017 persists on Facebook, but the organization’s website is defunct.

After starting the BLM Minneapolis chapter then working for Black Lives Matter Global Network, Kandace Montgomery joined with others from the inactive local BLM chapter to start Black Visions Collective (and Reclaim the Block). She, and other key members, including Miski Noor and Oluchi Omeoga, started the black, queer feminist organization in the fall of 2017, which, along with Reclaim the Block, fronted the cry to defund the police after Floyd’s murder. The group gained the support of nine Minneapolis City Council members who stood with Montgomery on stage at Powderhorn Park and pledged to dismantle the MPD. This was a victory for the organization’s philosophy and its strategy.  See How a New Wave of Black Activists Changed the Conversation.

While the group roots out and tries to change patterns of systemic racism, it is also focused on personal and community wellness, asking for recognition of community trauma and the need to build a healthy path forward. The organization had grown to 50 members at the time of Floyd’s murder, and they received $19 million in donations to Black Visions collective and $11 million to Reclaim the Block. Black Visions Collective has devoted a page on their website regarding distribution and use of the funds.

CUAPB, founded by Michelle Gross in December 2000 after Minneapolis police shot and killed Charles “Abuka” Sanders, and volunteers for the organization have been meeting every Saturday since then. “As police target particular communities, brutality becomes a weapon for the repression of people of color, immigrants, homeless people, youth, activists and others. The impact on our communities is to create a climate of fear and powerlessness while abusive police act with impunity.”  They aim to educate community members on the impact of police brutality, and they support a requirement for police officers to carry professional liability insurance, assuming the insurance industry would weed out rogue officers and bad actors after repeated, expensive claims resulting from misconduct. They are currently lobbying for several bills in the state legislature to increase officer accountability and reduce unnecessary use of force.

CUAPB’s website contains links to many documents and reports it has written or contributed to. One of the most cited is What Will it Take to End Police Violence?, although that particular document is not currently on the CUAPB Site.

“MPD150 is an independent association of organizers, activists, researchers, and artists that came together in the spring of 2016 in anticipation of the Minneapolis Police Department (MPD)’s 150th anniversary.”  They published a comprehensive report on the history of the police department called Enough is enough: a 150 year performance review of the Minneapolis police department. The report concludes that the MPD is beyond reform and must be abolished, due in part to development close on the heels of slavery and in hand with growing white supremacy. The MPD has been the subject of reform efforts since the North Side riots in 1967, but none of these reform efforts have taken hold, according to the report. MPD150 says the police have remained unaccountable, protected by a culture of silence and a forceful police union, who, among many other feats of control, gagged the Civilian Review Authority in 2012 by successfully lobbying for legislation that prohibited the Authority from making statements affirming officer misconduct. The report includes a timeline of Minneapolis incidents of extreme police brutality from 1867 to 2018.

MPD150 indicates that Black Visions Collective and Reclaim the Block are the organizations that have taken up its cause and suggests interested parties reach out to those organizations.

MPLS for a Better Police Contract

This coalition is focused on the city’s contract with the Police Federation as a vehicle for change and officer accountability for misconduct that citizens have demanded for years. The coalition created an 8-page Recommendations for Changes to the Labor Agreement, released in October 2019. It outlines specific revisions to the contract impacting everything from training, officer fatigue and mental health to imposition of discipline according to a well-defined matrix. “Officers may come into the department with training that is contrary to the expectations, values and practices of the MPD, including fear-based training, unauthorized chokeholds or other practices that conflict with policy and procedure,”  according to the coalition.

In a June 2020 open letter to Mayor Frey, the coalition supported Chief Arradondo’s call for major changes to the contract, including giving more control to the Chief and department over discipline and training.

Attorney Nekima Levy Armstrong has been a constant force for racial justice in the twin cities since 2003, when she moved here and became a professor at the University of St. Thomas, where she taught for over a decade. In 2015, she became president of the Minneapolis chapter of the NAACP and since then has founded and/or served many organizations focused on racial equity. She currently is Executive Director for the Racial Justice Network, “a multi-racial, grassroots organization committed to fighting for racial justice and building bridges across racial, social, and economic lines.”

Levy Armstrong has been an outspoken critic of police violence and was intimately involved with protests following the deaths of Jamar Clark, George Floyd, and Duante Wright and many others. She also has spoken about the need for the city to address increased gun violence in the North Side of Minneapolis, and the area’s need for economic investment, job creation and police reform.

Some residents of North Minneapolis are calling for change in policing in Minneapolis, but they reject the notion of abolishing the police and are suing the city, alleging that too few police officers are on the beat to protect the Northside, a part of the city that experiences high crime and gun violence.

A leading spokesperson for the group, longtime activist and former city council member Don Samuels, believes that the council members supporting reduction in police are “out of step with most of their constituents.” He respects that Reclaim the Block and Black Visions Collective have drawn much needed attention to problems in policing, but says “that doesn’t mean that they are qualified to make decisions for the entire community without the input of the community.” Washington Post, March 26, 2021.

Sondra Samuels, president of the Northside Achievement Zone, also is heavily involved in these efforts to reduce gun violence and make the north side safe for residents. She leads efforts “focused on ending multi-generational poverty through education and family stability.”

This organization formed in 2018 with the goal of “moving money from the police department into other areas of the city’s budget that truly promote community health and safety.”  Reclaimtheblock.org. The group wants mental health support and violence prevention. They ally themselves closely with the association of community groups that produced MPD150. After Floyd’s murder, they were overwhelmed with $11 million in donations, and (as of May 2021) the group asks that potential new donors instead consider giving to other, less well-funded organizations. It works closely with sister organization Black Visions Collective on distributing funds.

Yes 4 Minneapolis is a coalition of community organizations and individuals that support a charter amendment appearing on the November ballot to create a department of public safety accountable to the mayor and 13-member city council. They want “a new department that addresses community safety holistically and with a public health approach.” 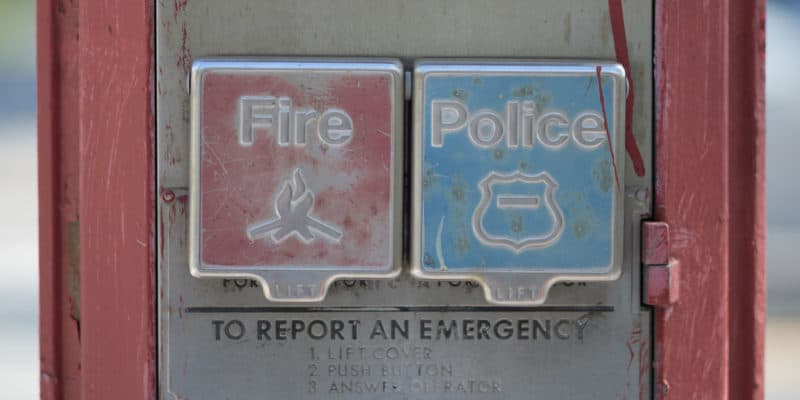 These pages are the work of the League’s Reimagining Public Safety Committee, created to further the League’s mission to increase public understanding of major issues and encourage citizens to Vote!

BROWSE OUR OTHER TOPICS