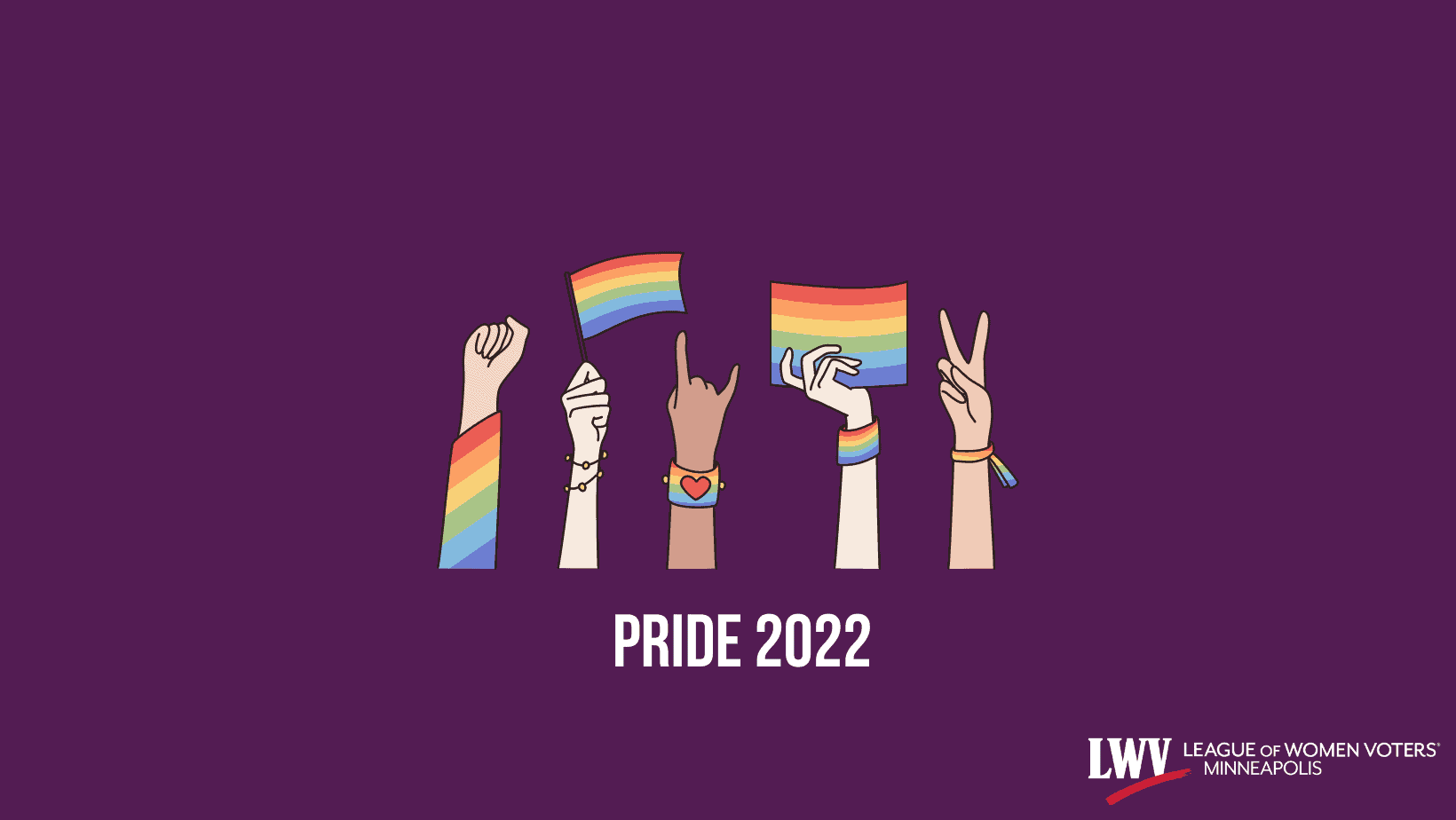 Check out our Pride post, written by Jenn Schreiter and first published in 2021. This year will be the first time since the pandemic struck in 2020 that Minneapolis is hosting festivities in public.

During the past two years, LGBTQ+ community members have also had an obvious presence at local Black Lives Matter and anti-police brutality rallies, including the 2020 protests after the police murder of George Floyd. League of Women Voters Minneapolis is proud to be part of a city that has been deeply supportive of the LGBTQ+ community, and acknowledges the community’s commitment to grassroots action on behalf of all Minneapolis residents’ civil rights.